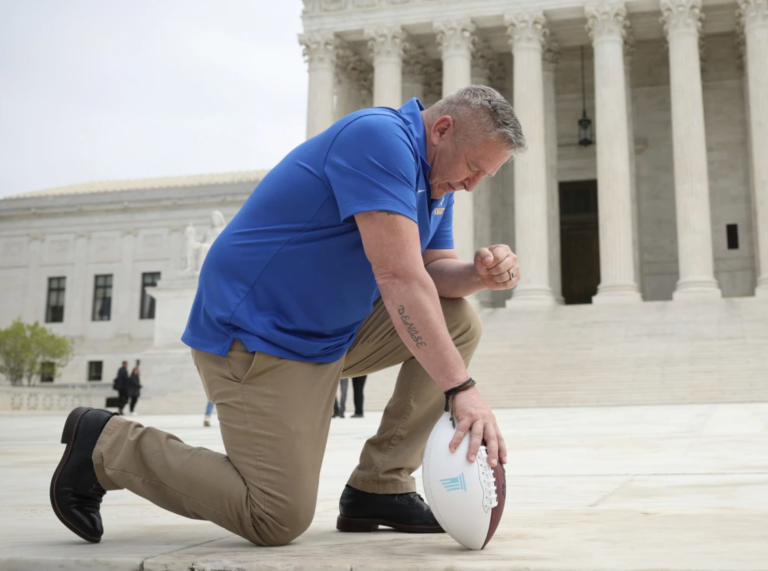 At Christian Educators, we have been monitoring the case of Coach Kennedy for several years. With his recent victory at the Supreme Court, we are pleased to present guidance on what this case means for public school educators. I am grateful for this wisdom from Dr. Clint Elliott, the chairman of our Christian Educators Board of Directors, and an attorney specializing in constitutional rights.

Coach Kennedy, an employee of the Bremerton School District, knelt and prayed midfield immediately after coaching his players’ football game.

Coach Kennedy was still on duty and still “on the clock” as a public school employee when he knelt and prayed.

Not surprisingly, the Bremerton School District leadership grew increasingly concerned about Coach Kennedy’s religious activities as opposing coaches and others took notice.  Particularly concerned that the public could think the District approved of his religious activity, the District determined that it must stop his public prayers or face a potential First Amendment claim. The First Amendment’s Establishment Clause prohibits a school district from “establishing” a religion, i.e., endorsing, promoting, favoring, or advancing one religion over another, or allowing a school employee to do the same in his capacity as a representative of the school.

After he lost his job over the issue, Kennedy brought a case asserting his free speech and freedom of religion rights. His case eventually made its way to the United States Supreme Court and the Court recently ruled that the Free Speech and Free Exercise Clauses of the First Amendment protect Coach Kennedy’s right to pray midfield after football games, even when on the job as a public school employee.  While this ruling is an important victory for Kennedy personally, this ruling also represents a significant victory for all Christian educators living out their faith as ambassadors for Christ in public schools!

By ruling in Coach Kennedy’s favor, the Court returned First Amendment interpretation and application to its original meaning based upon history, tradition, and the intent of the Founding Fathers. In that regard, the Court rejected the notion that the Establishment Clause warrants cleansing the public schools of any appearance of religion. Instead, the Court affirmed the Founding Fathers’ intent that the First Amendment ensures freedom of religion, not freedom from religion, even on the public school campus.

As the Court analyzed the case, two notable issues rose to the forefront:

The first issue relates to the nature of the speech, i.e., did Coach Kennedy’s prayers constitute government speech or private speech? As to that issue, the Court found that his prayers constituted private speech and not government speech, even though his prayers occurred “on the clock” while still engaged in his school duties. The Court explained that Kennedy’s prayers were not ordinarily the type of speech expected within the course of his job duties and he certainly was not seeking to communicate a school message. To conclude otherwise “would be to allow public employers to use ‘excessively broad job descriptions’ to subvert the Constitution” by characterizing every word uttered by an employee as government speech.

The second issue relates to competing interests, i.e., even if Kennedy’s prayers represent private speech, does the District nevertheless have an important interest that outweighs the Coach’s private speech rights? As to that issue, the Court noted that the District allowed other school employees to attend to private matters while still on duty at school. Thus, to discipline Coach Kennedy for likewise attending to private matters solely because his private matters related to religion was viewpoint discrimination doubly wrong under the Free Speech and Free Exercise Clauses of the First Amendment. As the Court wrote, “[t]hat the First Amendment doubly protects religious speech is no accident. It is a natural outgrowth of the framers’ distrust of government attempts to regulate religion and suppress dissent.”

The Court’s ruling on these two issues represents an important acknowledgment that public schools are not religion-free zones and educators do not forfeit their religious liberties by accepting a job with the local school district.

Finally, in response to concerns raised in the case that Coach Kennedy’s demonstrable prayer activity on the field might coerce other students to participate, i.e., to follow the lead of their coach, the Court concluded that his “private religious exercise did not come close to crossing any line one might imagine separating protected private expression from impermissible government coercion.” Certainly, many cases involve factual gray areas related to purported coercion or indoctrination, and the Court acknowledged that the Justices sometimes disagree on what qualifies as impermissible coercion in light of the original meaning of the Establishment Clause. But as the Court reiterated, the Establishment Clause does not allow the District to purge the public sphere of everything an observer might perceive as endorsing or relating to religion in violation of their employees’ free speech and freedom of religion rights.

So, what are some of the implications for Christian educators going forward?

As Coach Kennedy recently stated in response to the Supreme Court’s decision:

I hope it means that our public school teachers and coaches don’t have to hide their faith from view…. 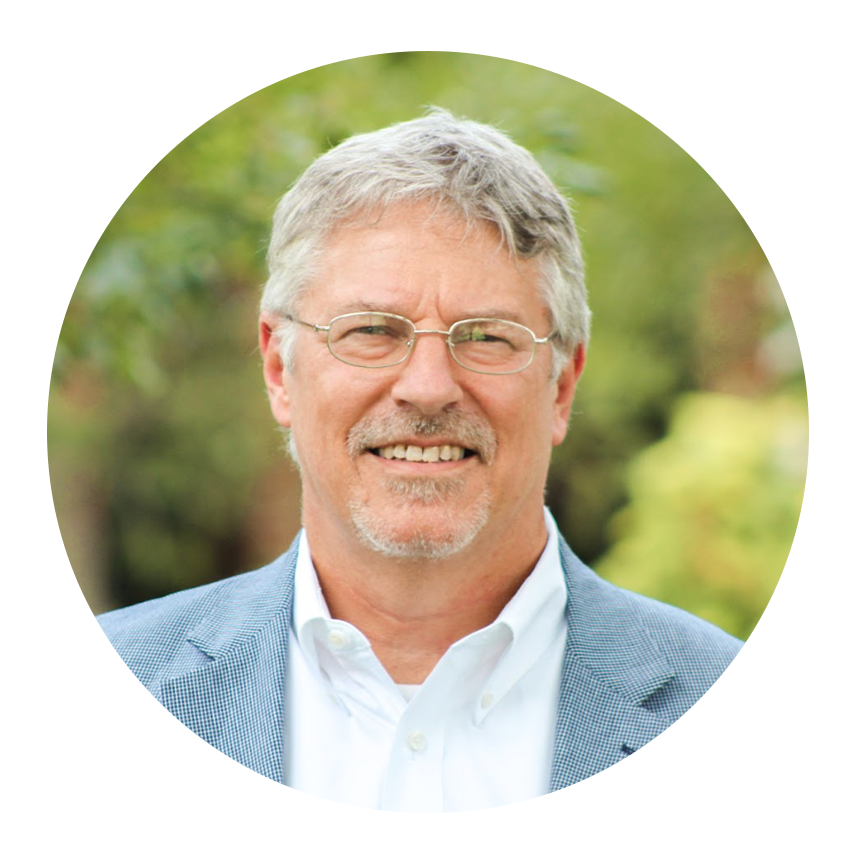 Dr. Clint Elliott has more than thirty years of experience as an attorney practicing in a variety of areas, including employment law, religious liberties, and First Amendment rights. Clint also is an ordained pastor and has served in pastoral ministry at several local churches, but currently serves the larger church through equipping, discipleship ministries, and teaching. He also serves as the Executive Director and General Counsel for the Justice Defense Foundation of Kentucky, a nonprofit that exists to promote, pursue, and defend biblical justice in the marketplace and in public schools. Clint is a member of the Christian Legal Society, serves as an Alliance Defending Freedom allied attorney, and serves on the Board of Christian Educators. He recently completed his Ph.D. doctoral studies researching transformational leadership among Christian public school educators.