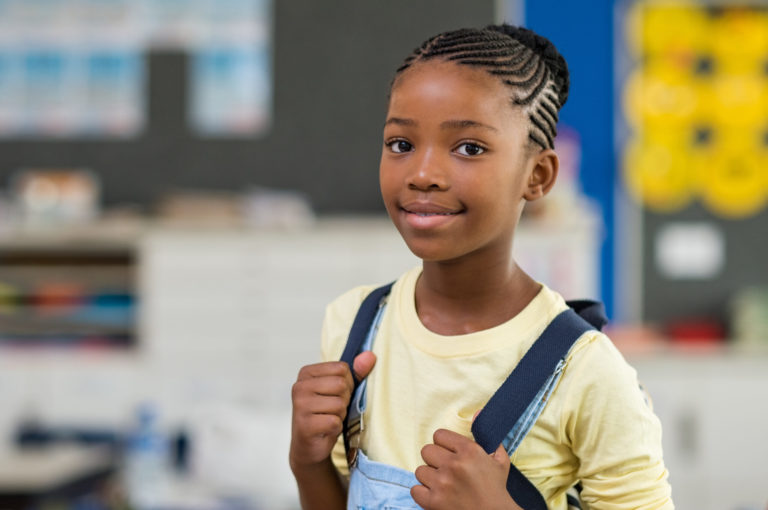 During the month of February, schools throughout the United States will acknowledge Black History Month, an annual celebration of achievements by and contributions of African Americans. As we usher in Black History Month 2021, remember God has entrusted you to love, educate, and equip all students, regardless of their race, ethnicity, gender, social class, ability, sexual orientation, or religious worldview.

Norman Rockwell memorialized the enormity of the civil rights victories of the 1960s in his “The Problem We All Live With” painting (1964). Rockwell painted six-year old Ruby Bridges as four federal marshals escorted her on her first day at William Frantz Elementary School, a formerly all-white school, in New Orleans, Louisiana.

Commonly highlighted because of her role in the desegregation of schools in the United States, Ruby Bridges is a name with which you may be familiar. However, less commonly highlighted is Ruby’s first grade teacher, Barbara Henry. Barbara Henry’s love for children and teaching was evident when she accepted a first grade teaching position at William Frantz Elementary School. Barbara was aware of and excited about the opportunity to serve at a school that was part of the desegregation movement. So imagine how Barbara must have felt the day she arrived at William Frantz Elementary School and saw a mob of angry whites protesting school desegregation and the integration of black students.

With no formal welcome, Barbara Henry was shown her classroom and told she would meet her student if she returned the next day. Knowing she would have a class of one, Barbara looked forward to welcoming a student who the community, staff, other teachers, and the principal did not welcome.

Barbara Henry and Ruby Bridges were alone together every day. School staff purposely hid the remaining white students from Ruby.  A typical day for this duo included reviewing and implementing lesson plans, eating together at lunch, and playing together during recess. Barbara Henry faced threats that ranged from physical violence, to aggression from her principal and fellow teachers.

Despite the opposition and isolation, Barbara Henry demonstrated her dedication to Ruby Bridges and to her calling as an educator. She made full use of her skills and talents as she served her class of one. After a year under Barbara’s tutelage, Ruby Bridges, despite the volatile social/emotional environment, achieved all required standards.

Barbara Henry’s perseverance and kindness to Ruby, was a demonstration of courageous love. Sometimes we preach by word. Sometimes we preach by action. As the old adage says, “Actions speak louder than words.” Barbara’s actions demonstrated the love of God to Ruby Bridges, an innocent black child who simply came to get an education in an era of social unrest where the true values of a nation were being forged.

John, in the Book of Revelation, reminds us “ . . . I looked, and behold, a great multitude that no one could number, from every nation, from all tribes and peoples and languages, standing before the throne and before the Lamb” (Rev 7:9).

Although, over the course of my life, I have heard this passage countless times, today, it takes on a new application. The characteristics of the diverse worshiping multitude mentioned in this passage parallel the racial and ethnic diversity in today’s classrooms. The 1954 Brown v. Board of Education of Topeka’s Supreme Court decision ushered diversity into the public schools, enabling us, the classroom teachers, to walk in our calling with the assurance that the good work He began in us, will be brought to completion (Philippians 1:6). While our classrooms are significantly larger than Barbara Henry’s, the diversity of today’s classroom are ever so complex. Barbara was a superior example of a courageous teacher and Ruby Bridges a superior example of a courageous student. The love between them emulates what God intended for our communities and nation.

During your time of reflection, consider the following:

Lord, help me to see my own heart, and through the power of the Holy Spirit, fill me with Your love.

Thank you Lord for your Word and entrusting me with my students. Help me, the classroom teacher, uphold and enact the value of love in my classroom, and stand courageously in the gap when needed. In Jesus’ name, Amen. 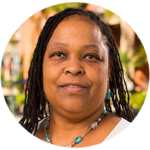