THE LORD IS MY BANNER

Scripture: Joshua did as Moses told him and fought against Amalek; and Moses, Aaron, and Hur went up to the top of the hill. So it came about when Moses held his hand up that Israel prevailed, and when he let his hand down, Amalek prevailed. But Moses’ hands were heavy. Then they took a stone and put it under him, and he sat on it; and Aaron and Hur supported his hands, one on one side and one on the other. Thus his hands were steady until the sun set. So Joshua overwhelmed Amalek and his people with the edge of the sword. Then the LORD said to Moses, “Write this in a book as a memorial and recite it to Joshua, that I will utterly blot out the memory of Amalek from under heaven.” Moses built an altar and named it The LORD is My Banner; and he said, “The LORD has sworn; the LORD will have war against Amalek from generation to generation.” Ex.17:10-16 NAS

On September 14, 1814, the flag now known as the “Star-Spangled Banner” was raised over Fort McHenry to signify their victory over the British and their barrage of bombs. Francis Scott Key had watched in horror through the night from a boat in the bay. Having learned of the British’s plans to attack Baltimore at its harbor, Key had been held in his boat by the British so that he could not warn of the upcoming attack. The storm flag had flown over the Fort throughout the night but at dawn, as the British began to retreat, the great garrison flag was raised as a sign of victory. Key immediately began to compose a poem to celebrate the victory on the back of a letter he had been carrying. He re-wrote the four verses upon his arrival back to land the next day, set it to the tune of another popular song and called it, “The Defense of Fort McHenry.” After its first performance in October of 1814, it was published under the new title of “The Star-Spangled Banner.” Although very popular for many years, it was not declared as our national anthem until March 3, 1931.

I had the awesome opportunity to help raise the garrison flag at Fort McHenry in the summer of 2013. We had traveled there to hold a prayer gathering at Fort McHenry and the park rangers invited us to come help raise the flag. The flag is raised every morning at the Fort, but rarely is the garrison flag raised because there are usually not enough people there to help raise the huge flag. This experience followed me into our prayer time where I kept thinking about the importance of raising God up as our Banner. The Star-Spangled Banner flew to signify victory; a “banner” is translated or defined as, “something lifted up, a sign or a signal.” We prayed that God would be our Banner, high and lifted up, signaling the victory and standard of our lives. It was an emotional day to say the least.

Later, I searched through Scripture to find the first reference of God being called a “Banner.” I was delighted to find it in Exodus 17, one of my favorite Bible stories of how Joshua prevailed when Moses was in a posture of worship and prayerful intercession, with his arms lifted up, but when he lowered his arms they would begin to lose. Aaron and Hur had to lift up and support Moses’ hands so that Joshua could be victorious against Amalek who was a grandson of Esau, and whose name represents the corrupt and evil flesh that the Spirit must continually war against. We use the “Aaron and Hur posture” in many of our prayer gatherings to signify the unity of the battle and willingness to lift up our pastors, educators, and other leaders. I love how God used the work of Moses’ hands being lifted up in prayer and worship to give Israel victory. With immediate gratitude, Moses  built an altar to the LORD and composed the words, “YHWH Nisssi, or Jehovah Nissi,” the LORD is my Banner.

Remember I told you that the garrison flag rarely flies over Fort McHenry because there are not enough people around to help lift it up; like the story of Moses, Aaron, and Hur, we must stick together and help lift up our Banner. We need one another in order to prevail in the battle against “Amalek.” When we struggle with evil and corruption of the flesh, the first thing we usually do is isolate ourselves. We run and hide. Satan loves to get us alone where his lies fill our heads, and our hearts sink within us. Instead, we must pray and have others pray for us. We must lift, and once in a while, allow our arms and hearts to be lifted, so that the battle will be won, and our Banner seen as the enemy retreats.

My prayer for you is that the Lord would be your Banner, lifted up as a signal of victory.

I’m gonna sing in the middle of the storm
Louder and louder, you’re gonna hear my praises roar
Up from the ashes hope will arise
Death is defeated, the King is alive…

Lyrics from “Raise a Hallelujah” by Jonathan David Helser and Melissa Helser
https://youtu.be/G2XtRuPfaAU 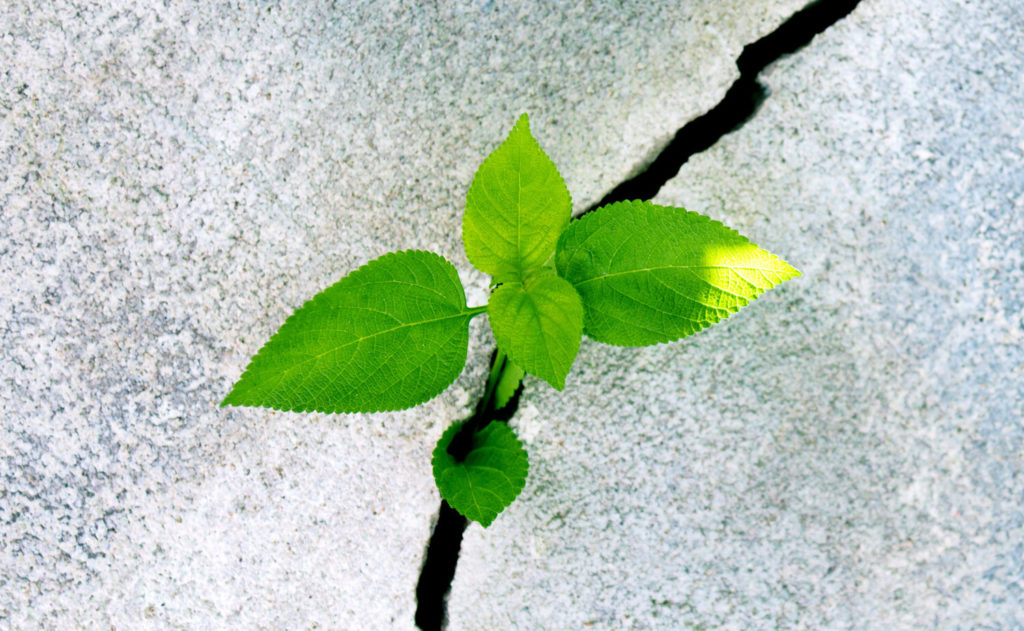 Empowered through Challenges
When situations seem hopeless or unfair, Christian educators can choose to respond differently.
Read This Article